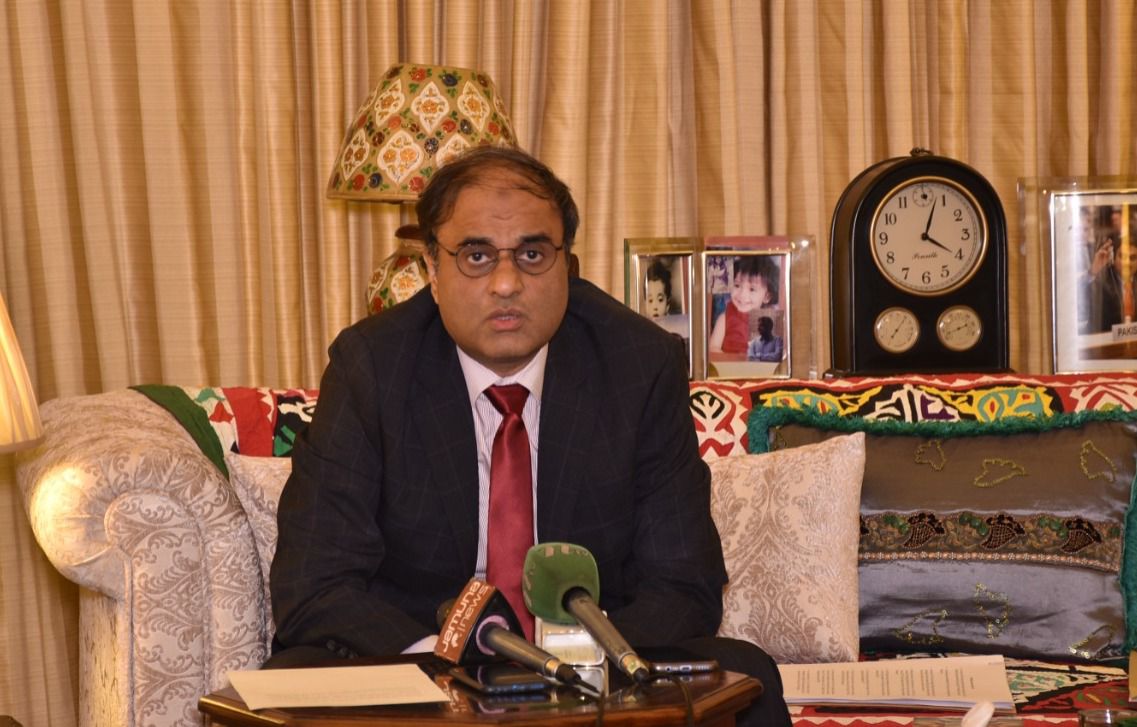 Pakistan is all set to host the 48th session of the OIC Council of Foreign Ministers (CFM) in Islamabad on March 22 and 23.
“We’re expecting robust participation of Bangladesh and other OIC members,” Imran Ahmed Siddiqui, Pakistani high commissioner to Bangladesh, told media at a press briefing in Bangladeshi capital Dhaka Sunday.
He said Pakistan Foreign Minister Shah Mahmood Qureshi has already invited his Bangladesh counterpart AK Abdul Momen to the CFM summit. He added that the first Prime Minister of Bangladesh had attended the 2nd OIC Summit held in Lahore, Pakistan in 1974
The top Pakistani diplomat here expressed the hope that the 48th CFM would prove to be a landmark Session in Muslim Ummah’s combined efforts to chart a joint Islamic way forward.
On part of Muslim Ummah, he said Pakistan remains committed to support all efforts aimed at promoting unity, brotherhood and prosperity among the Muslim world.
He also briefed media on the agenda and possible outcome of the 48th Session of the OIC Council of Foreign Ministers.
Highlighting the significance of the OIC, Siddiqui said that it is the second largest international organization after the United Nations with a membership of 57 states spread over four continents.
Pakistan is the founding member of the Organization of Islamic Cooperation, which constitutes collective voice of over 1.5 billion Muslims, he said and
added that the first Prime Minister of Bangladesh had attended the 2nd OIC Summit held in Lahore, Pakistan in 1974.
Referring to historical background of the OIC meetings, the high commissioner said that so far, 14 OIC Summits, 7 Extraordinary OIC Summits, 47 Meetings of OIC Council of Foreign Ministers (CFM) and 17 Extraordinary Meetings have been held.
He further said that theme of the 48th Session i.e. “Partnering for Unity, Justice, and Development” represented Pakistan’s commitment to promote unity within the Ummah, advance the cause of justice for all Islamic peoples, and promote inclusive and sustainable development for the OIC Member States.
Guided by this vision, the diplomat said Pakistan would seek to build bridges of cooperation and partnerships amongst the OIC Member States and beyond.
He emphasized that the 48th Session had special significance as it was coinciding with the 75th anniversary of Pakistan’s independence.
“Pakistan looks forward to welcoming the honoured guests on this auspicious occasion. All the Heads of Delegation will be invited to witness the traditional ‘Pakistan Day Parade’ on 23 March 2022 as “Guests of Honor,”he said.
On the discussions to be held at the OIC-CFM, the high commissioner said that the range of issues before the 48th Session was both broad-based and diverse.
Discussions would encapsulate matters of peace and security, economic development, cultural and scientific cooperation and revitalizing the role of the OIC etc, he mentioned.
According to the diplomat, the over 100 resolutions to be adopted during the Session, will articulate the OIC’s perspective on major contemporary issues.
The high commissioner further underlined that the session would also provide an opportunity to take stock of, and review the decisions taken during the 17th Extraordinary Session to alleviate humanitarian situation in Afghanistan.
On Pakistan’s role as CFM Chair, the high commissioner said that Pakistan would continue to work with other OIC Member States including Bangladesh, towards harnessing ‘collective ambition’ into ‘concrete action’, and to take tangible steps to further strengthen bonds of Islamic solidarity and cooperation.
Also, he shared his thoughts on a wide rage of issues at the conference.
Qamar Abbas Khokar, deputy high commissioner, and Fasih Ullah, press counsellor, of the Pakistan High Commission in Dhaka, among others, were present at the briefing session.
Dozens of local and foreign media correspondents attended the event at which Siddiqui also reviewed the achievements of Bangladesh-Pakistan relations in recent years and explained Islamabad’s positions on a series of regional and international issues including Rohingya issue.
He also interacted with the audience and took a number of questions from the journalists.
The dialogue lasted for about one hour and was held in a friendly and candid atmosphere. Enditem