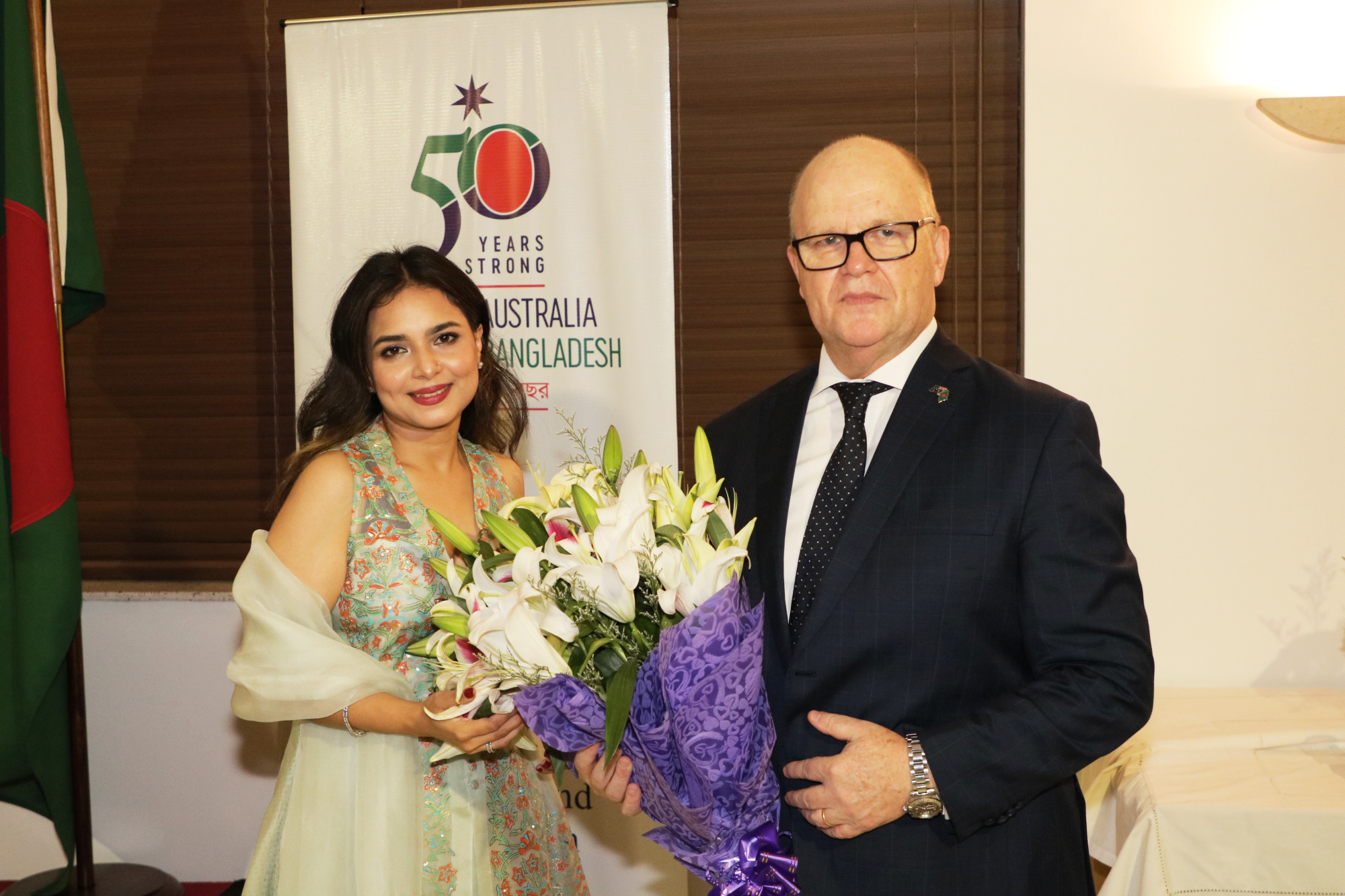 Australian High Commissioner Jeremy Bruer hosted a reception on Wednesday, 23 March to
welcome Bangladeshi-Australian Masterchef Australia grand finalist Kishwar Chowdhury to
Bangladesh and in honour of International Women’s Day.
The reception celebrated Kishwar Chowdhury’s success in promoting, to Australians, the
richness of Bangladeshi culture and cuisine. It also celebrated her achievements as a woman of
Bengali background pursuing her dreams in Australia.
The High Commissioner said, “Few have done more than Kishwar to promote in Australia a
better, more fully rounded understanding of Bangladesh, including its outstanding
achievements in improving the lives of its people. Kishwar has also helped draw a picture for
Bangladeshis of Australia’s surprising, rich, diverse multicultural character.”
The event was attended by officials of the Ministry of Foreign Affairs, senior diplomats,
business and NGO representatives, and young women chefs, providing them a unique
opportunity to be inspired by Kishwar Chowdhury’s achievements.
The event was organised as part of the Australian High Commission’s continuing celebrations
of the 50th anniversary of diplomatic relations between Australia and Bangladesh.