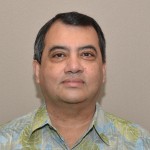 On 24 October, Bangladesh’s Parliament passed a law that criminalizes custodial torture and death. While there is scope for the law to be more closely aligned with the Torture Convention, it is a step forward in the fight against torture in Bangladesh where police torture and deaths in custody are rife.

Saber Hossain Chowdhury is an MP who has been pursuing the law for close to a decade. Amnesty International declared him a prisoner of conscience in 2002, when he was arrested for his political activism, and experienced and witnessed first hand how people were treated in detention.

What motivated you to pursue this law?

It really goes back to 2002 when I was arrested and subjected to periods of remand. They wanted to destroy me, mentally and physically, but I hung on in defiance, refusing to give up.

My own experience in detention was an eye opener, and exposed me to horrors many in Bangladesh have to go through. A journalist, for instance, falsely implicated in my case was also severely tortured in detention. A gun was held to his head and he was so brutally beaten that he could barely walk for weeks because of his injuries. I talked to other prisoners who had been subjected to torture and had confessions extracted and I realised how unfair and inadequate our justice system was.

Thankfully Amnesty International and other human rights organizations took up my case and I was eventually released from prison when the High Court declared my detention illegal.

Because of my political profile and identity, my case received national and international exposure. But what about the thousands of common citizens whose horrific and dehumanizing experiences go unreported and unchallenged, day in day out?

In my situation, I had two choices – go for double revenge when the political tables are turned, or try and change the system so that no one else will have to go through what I did. So immediately after being released in late 2002, I started to explore and look into possible legislation that would ensure protection against torture and custodial deaths.

How did the law come about? Was it an uphill struggle?

After being re-elected to Parliament in 2008, one of my first tasks was to introduce a Bill prohibiting torture and custodial deaths. I received support and encouragement from many human rights bodies within and beyond Bangladesh, but drafting was a major challenge.

To begin with, many people in Bangladesh just accepted torture in custody as the norm and seemed resigned to the status quo. They did not feel much could be done about it given that whichever party was in government would find torture an indispensable tool to use against its political opponents. As access to justice is still a huge issue in Bangladesh for the common citizen, the challenge was to depoliticize the agenda and shift the focus to rights of citizens as per our Constitution. How, for instance, could we have rule of law and of democracy in Bangladesh if citizens could still be tortured into a confession?

I received strong support from the local media, Bangladeshi and international human rights groups and most importantly, had political and parliamentary ownership. Once my Bill was tabled and it went through the Committee stage, more support and momentum was generated and last week it was enacted into Law, and received President’s assent immediately thereafter.

What are the challenges now?

A law is only as good as the extent to which it is implemented. This is where the challenge lies and the first task is to formulate a road map. Awareness-raising is needed across the board – the general public needs to be aware that they now have this legal protection from torture and can pursue accountability and justice, the judiciary must become informed, lawyers be trained, law enforcers need to be made aware of their responsibilities. It is a huge task.

The challenges are formidable, but this single piece of legislation has the potential to transform Bangladesh and make it a better and safer place. Now that we have this law in place, we have a unique opportunity to institutionalize rule of law.

I am also hoping that this law will spur regional action. Bangladesh has taken the lead on this issue, and hopefully it will inspire other countries in South Asia who have similar challenges to follow suit. Activists from these countries have already been in touch with me.

The maximum penalty for violating this law is life imprisonment. Amnesty International is pleased that the death penalty is not stipulated as a punishment in this law. Was this a conscious choice?

Yes, a very conscious choice and being a Private Member Bill I had the scope to promote this personal belief of mine. Each human life is sacred and I do not subscribe to the view that the state should have the right to take away human lives. When it does, it is a negation of all the human rights that we defend, stand up and fight for. I thus regard this law to be progressive although it runs against the grain of prevalent jurisprudence in Bangladesh as far as the death penalty is concerned.