Dhaka, July 18 (NsNewsWire) —  The premiere ecommerce site of the country, robishop.com.bd has recently introduced a special campaign for Samsung A6 4G smartphone. Customers purchasing the handset from RobiShop will be able to avail 0% EMI for up to six months and free home delivery facility. The Samsung A6 handset is priced at 27,900 […]

DHAKA, June. 23 (Xinhua) — A large number of mainstream Bangladesh media outlets published news on participants of the first-ever “Miss Landscapes International” beauty pageant which gets underway in Guangzhou, China. Bangladesh media reports have focused largely on Priota Iftekhar, popularly known as the “flag girl,” who is representing Bangladesh in the Miss Landscapes International pageant. Priota has secured a […] 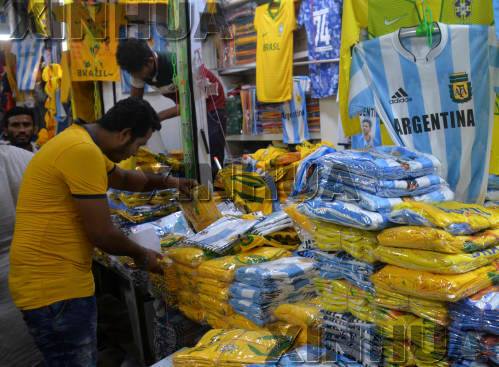 DHAKA, June 6 (NsNewsWire) — Bangladesh is not in the FIFA World Cup 2018 competition but the world’s most-watched sports tournament still attracts throngs of soccer supporters from the nation’s population of 160 million, reports Xinhua. The country is gearing up for the tournament kicking off in Russia on June 14 and fans here are […]

Wang Fuman, also known as “Ice Boy,” is living out his dream of visiting Beijing. The 8-year-old from southwest China’s Yunnan Province became a nationwide Internet sensation last week after a photo of him in classroom with frosted hair went viral. Wang braved frigid temperatures, wearing nothing but a thin coat, to walk 1.5 hours […]

DHAKA, Feb. 19 (NsNewsWire) — The government of Bangladesh and the World Bank today launched a cash benefits program for 600,000 of the country’s poorest mothers and pregnant women in exchange for their participation in activities to improve their children’s nutrition and cognitive development. The World Bank has committed $300 million for the program, […]