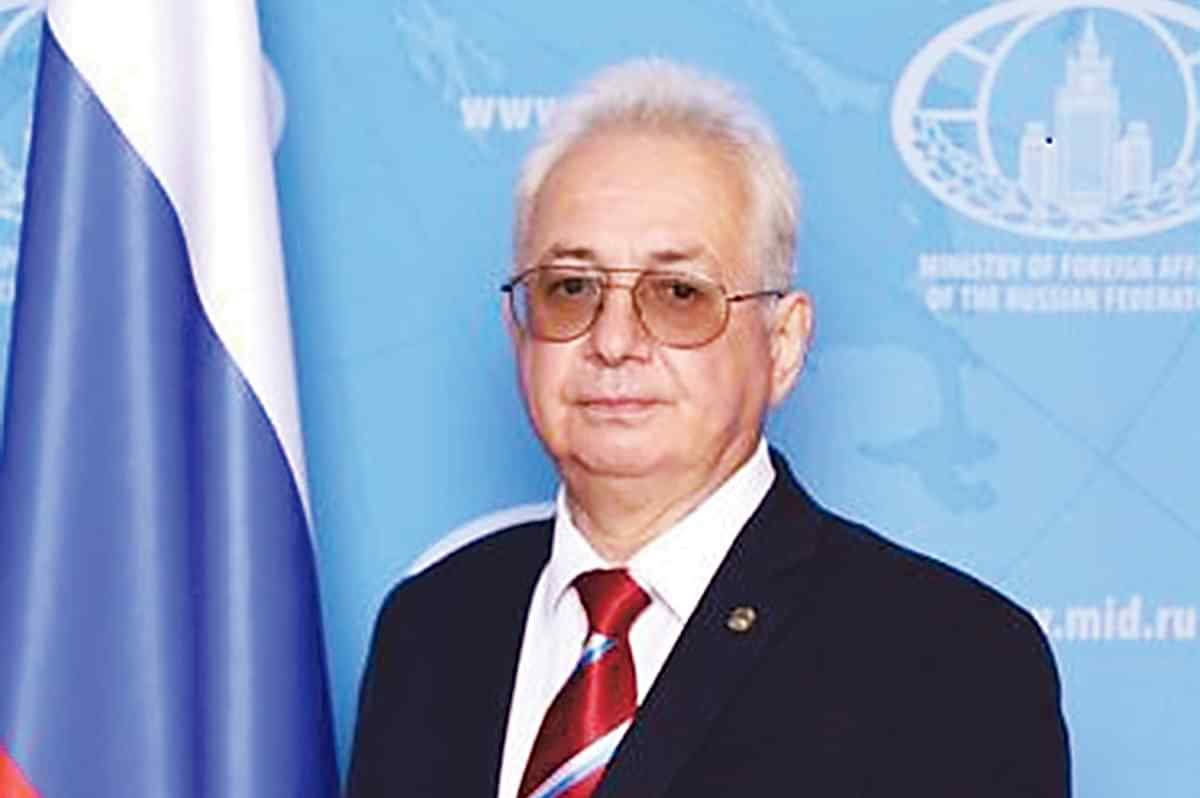 The following is the full and unedited text of a letter that Russian Ambassador to Bangladesh Alexander V Mantytskiy wrote to the media outlets in Bangladesh (today) March 13,2022:

“To the editors of print and electronic media, the heads of radio and TV broadcasters in Bangladesh

I have been fixing a large number of editorial articles, copyrights, reprints from Western news agencies, as well as publications of European and American «analysts» disseminating anti-Russian propaganda in connection with events in Ukraine. Sometimes, published and broadcast news are motivated by bias, prejudice and even hatred towards Russia. Against the backdrop of this anti-Russia campaign and blatant Russo-phobic hysteria from western mainstream media, widely echoed and spread by certain Bangladeshi newspapers and broadcasters, I would like to explain to the Bangladeshi readers once again the goals and tasks behind the special military operation of the Russian Federation in Ukraine.

Goals:1. To protect Russian-speaking civilians in Ukraine subjected to genocide by the Kiev regime for eight years;2. To eliminate Neo-fascism;3. To prevent the development of nuclear weapons in Ukraine; 4. To stop the deployment of NATO military bases in Ukraine.

To fulfill the stated goals and tasks, in accordance with Article 51 (Chapter VII) of the UN Charter, with the permission from the Parliament of the Russian Federation, and in implementation of the treaties of friendship and mutual assistance with the Donetsk People’s Republic and the Lugansk People’s Republic, ratified on February 22, Moscow has launched a special military operation.We do not plan to occupy the Ukrainian territory. We are not at war with Ukrainian people. We do not intend to impose anything on anyone by force. We have explained many times that the situation in Ukraine has evolved in such a way that it has come to pose a direct threat to Russia’s security.It is a fact that over the past 30 years we have been patiently trying to come to an agreement with the leading NATO countries regarding the principles of equal and indivisible security in Europe. In response to our proposals, we invariably faced either cynical deception and lies or attempts at pressure and blackmail, while the North Atlantic alliance continued to expand despite our protests and concerns. Its military machine is approaching our very border. Despite all that, in December 2021, we made yet another attempt to reach agreement with the United States and its allies on the principles of European security and NATO’s non-expansion. Our efforts were in vain. The United States has not changed its position.Ultimately, NATO demanded that Ukraine must be free to join the bloc, naval bases were being established in Ukraine, and the deployment of missiles, which were a direct threat to the Russian Federation, was discussed. It was even suggested that Ukraine should abandon its non-nuclear status.During the special military operation, the Defense Ministry of Russia got hold of documents confirming that Ukraine developed a network of at least 30 biological laboratories and research centers in Kiev, Lvov, Kharkov, Dnipro, Kherson, Ternopol, Uzhgorod, Vinnytsia funded by the Defense Threat Reduction Agency (DTRA) of the United States, i.a. in the interests of Pentagon’s National Center for Medical Intelligence. The research results were sent to US military biological centers, i.a. to US Army Medical Research Institute of Infectious Diseases, Walter Reed Army Institute of Research, US Naval Medical Research, and US Army Biological Warfare Labs inFort Detrick that used to be the key hubs of the American biological weapons program. The mentioned Ukrainian research establishments host extremely dangerous biological experiments, aimed at enhancing the pathogen properties of plague, anthrax, tularemia, cholera, as well as study possibilities of spreading particularly dangerous infections through migratory birds, including highly pathogenic H5N1 influenza (lethal to humans in 50% of cases) and Newcastle disease with the help of synthetic biology. Top priority was given to study of bacterial and viral pathogens that can be transmitted from bats to humans: pathogens of plague, leptospirosis, brucellosis, as well as coronaviruses and filoviruses.The West keeps on making very dangerous steps encouraging the supplies of lethal weapons to Ukraine, including thousands of MANPADS, which can be taken anywhere and fired at any aim “from the shoulder” by terrorists. Where will these thousands of MANPADS end up? How will these MANPADS be controlled later? Those supplying arms to Ukraine must understand that they bear responsibility for their actions.For years, we have been trying to draw attention to the transformation of Ukraine into “anti-Russia.” Since the early 2000s, the West openly demanded from Ukraine before every election to make a choice between the West and Russia. We do not want Ukraine to become a Neo-Nazi state where battalions wearing SS stripes march before the President of Ukraine and where those militants are trained to stage terrorist attacks.I would like to respond to those who predict Russia’s economic collapse and question the expedience of enhancing cooperation between Russia and Bangladesh, between two friendly and brotherly countries: Russia will handle and solve economic problems. We have been facing difficulties at all stages in our history. I can assure you that this time we will emerge from the crisis with a healthier mindset and mentality. We will no longer have an illusion that the West can be a reliable partner who does not abandon anyone and its own values at the drop of a hat. And we will also do everything in our power to never depend on the West in the areas of critical importance for our people.In conclusion, I would like to say that I consider the biased approach of certain Bangladeshi media towards the situation in Ukraine and Russia’s actions there as a result of deliberate efforts by those forces that have always sought to undermine mutually beneficial cooperation between the Russian Federation and the People’s Republic of Bangladesh, which started 50 years ago. Back then, in 1971, it took 8 months for Bangladeshis to overthrow, with the active support from India and the USSR, the dominance of non-Bengali masters, to stop harassment, discrimination and violence against Bengali people, so that they could finally enjoy the right to speak their native language. The Russian-speaking people of Donbas in East Ukraine have been struggling to obtain the same right for 8 years, while suffering from genocide unleashed by the Kiev regime. The time is ripe for Russia to come to the rescue once again, for the same cause, to ensure the right to speak the mother tongue and to end language based discrimination. I hope that through my open letter your readers will be able to get acquainted with an alternative point of view towards the developments around Ukraine.

Ambassador of the Russian Federation to the People’s Republic of Bangladesh.”